Together with our Kenyan partner YISOG, we have achieved our big goal: to build a Rescue Centre – an access point and a home for children at risk, in particular for girls facing genital mutilation or early forced marriage.

The Centre’s construction was possible thanks to funding from the FUTURA foundation and private donations which were paid in memory of Johannes Haider († 7 September 2017), a key supporter of our organisation.

So far, we have been able to take in 18 children. Overall, we aim to house 45 children at the Rescue Centre. 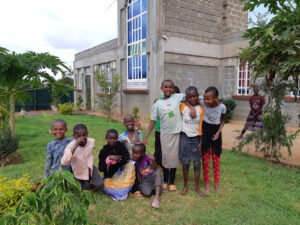 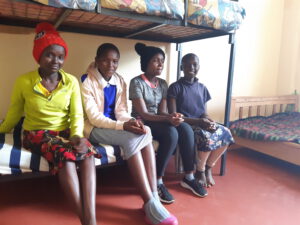 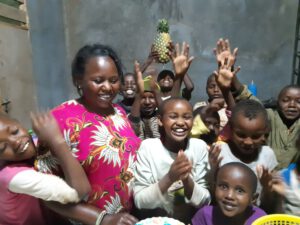 Before construction, Father Tito (head of YISOG) had provisionally taken more than 25 orphaned children into his private home. The space was limited and the situation was not a permanent solution. The Rescue Centre is now a new, supportive home for at-risk children.

The project region is mostly home to the Maasai people. Due to climate change and privatisation of land, the traditional livelihood of the Maasai people, i.e. livestock farming, is becoming more and more difficult to maintain. Many families therefore face hardship due to no fault of their own. The Covid-19 pandemic has further increased the negative effects. Early marriage of girls in return for a dowry is often considered the only way out for many low-income families. The Rescue Centre will act as a first place to go for girls facing early forced marriage.

The target group consists of a total of 45 children, including orphans aged 5 to 18 years who will find a new home at the Rescue Centre, and girls facing early marriage who can be temporarily taken in at the Rescue Centre until a long-term solution is found together with their families. As far as possible, the goal is for these girls to return to their families; it is required by the Kenyan law that this takes place within three years.

Construction costs came to a total of 140,000 euros. The subsequent running expenses are estimated at around 4,000 euros per month (including school fees and food) and are to be mainly covered by sponsorships. Thanks to own vegetable and fruit cultivation, we plan to consistently reduce the costs and increase sustainability.

The Rescue Centre’s plot of land includes six fields where fruit and vegetable is grown, including corn, sugar cane, tomatoes and potatoes. The fields are watered with the Rescue Centre’s own solar-powered well. A drip irrigation system has been installed.

The YISOG team also cultivates and sells plant seedlings in order to drive afforestation in the region and provide the Rescue Centre with a source of income at the same time. What a great win-win approach!

Solar-powered well for the Rescue Centre, cultivation and the neighbourhood

With donations, Ambatana was able to have a well drilled and a solar pump installed on the Rescue Centre’s plot of land. The water does not only supply the children at the Centre and the vegetable fields with water, but it is also shared with the surrounding neighbourhood. People can come and get water directly from the well. The neighbouring town has even managed to lay its own water pipeline. More than 20 families there now have direct access to clean water! Before they had to tediously get their water from a small spring a 15-minute walk away. A considerable improvement in quality of life! 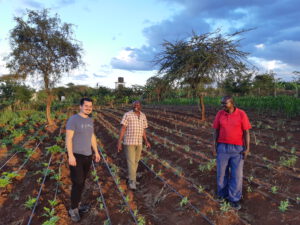 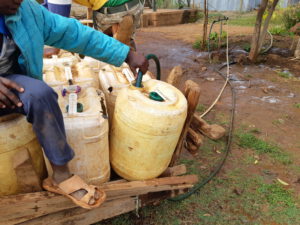