Our goal is to meet the basic needs of orphans and disadvantaged children by providing them with food, clothing and medical care.

Over 25 orphans live in the home of Father Tito, the head of YISOG. He and his wife Susann provisionally took in the children several years ago. Father Tito describes the early days as very challenging: “We only had one room for all of us to sleep in. There wasn’t enough food.”

Via the Orthodox Church he received donations to expand the house, adding one dormitory for girls and one for boys. Volunteers from the neighbourhood supported him in his daily work and by supplying food.

The situation gradually improved, they were able to further extend the living space and cultivate their own fields for self-sufficient farming.

Since the cooperation between YISOG and Ambatana began in 2014, the children’s basic needs have been met reliably each month. Expenses for food, doctor’s visits and clothing are all covered.

As a long-term solution and in order to create a child-oriented, supportive environment, we are currently building a Rescue Centre. Read more about that here. 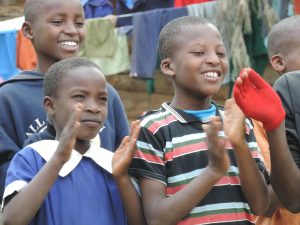 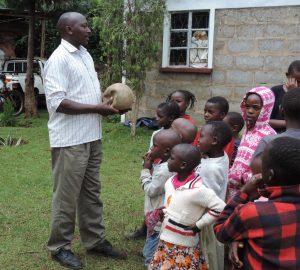 In addition to orphaned children we also provide families in emergency situations with basic care. This includes fast, individual support for families, e.g. in case of medical emergencies and during lasting periods of drought.

The families are largely from the Maasai people and their livelihoods are dependent on livestock farming. Due to the unforeseeable and more extreme weather conditions caused by climated change and the privatisation of land, families are finding it increasingly difficult to secure food supply by means of livestock farming. In remote areas there is often a lack of alternatives.

In order to provide temporary aid, we support particularly affected families with basic care and food. The aim is to prevent malnutrition especially among exposed children, which can have far-reaching consequences in the children’s development later on. We also wish to prevent children from being temporarily taken out of school to help their families secure their livelihoods. 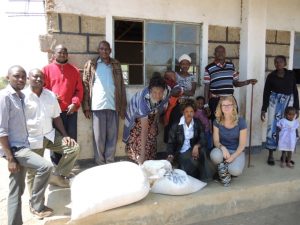